In-vessel core-catcher is a design feature of many GENIV – sodium cooled faster reactors (SFR) to protect the reactor integrity and to distribute molten core material. The core-catcher concept requires validation and improvements based on large-scale tests using prototypical material and conditions. One of the concern is that the high temperature and high momentum metallic jet coming from the core area can melt through the core catcher bottom plate. Two JIMEC tests are performed to investigate the characteristic of the interaction of a metallic jet on the core-catcher bottom plate material in a SFR reactor design with prototypical material and test conditions. The tests should deliver experimental date on erosion dynamic.

1000 kg liquid metal is generated for each test by means of thermite reaction in a crucible containing 2 tons of thermite material. The liquid metal product is heavier than the liquid oxides and locates at the lower part in the crucible. Therefore the metallic jet is discharged firstly from the outlet at the crucible bottom. The flow of the oxide thereafter is directed via a pouring spout to an oxide collector.

To capture the jet images and temperature, 3 normal cameras, a high-speed camera, an IR camera and a pyrometer are used. 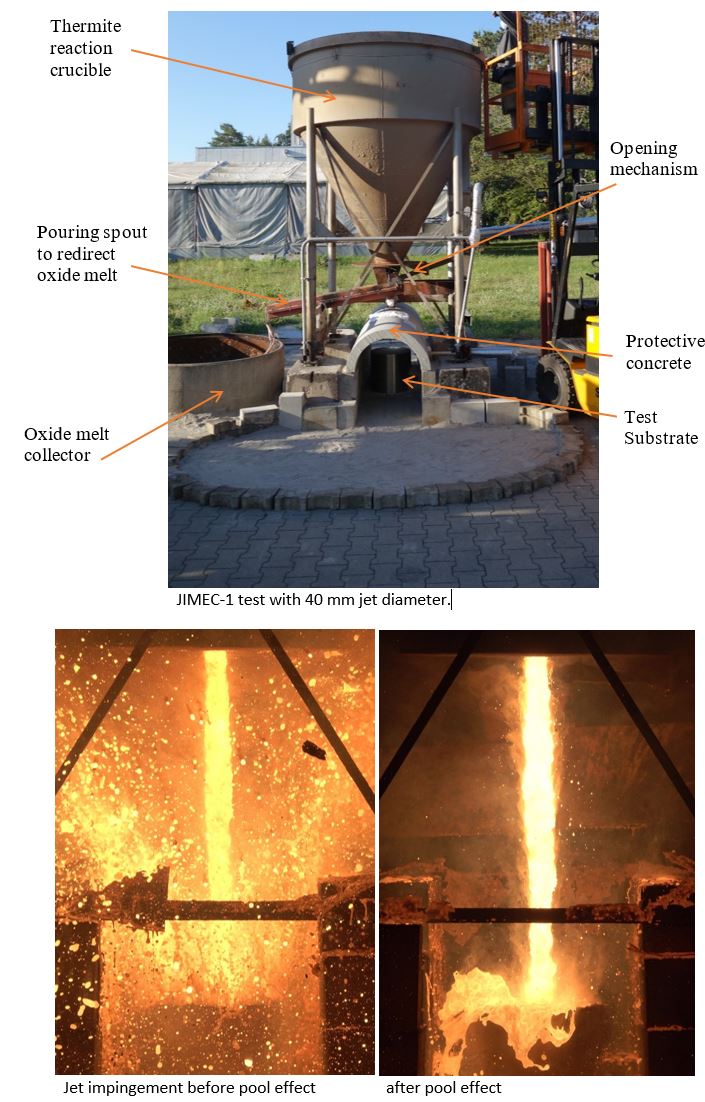