Basics: TURBIT is a highly vectorized computer code for transient 3d Direct Numerical Simulation (DNS) and Large Eddy Simulation (LES) of turbulent flows in Cartesian or cylinder coordinates. It is developed in order to analyse in forced, mixed, or buoyant single phase flows the basic features of turbulence, its mechanisms and its statistics. The complete conservation equations for mass, momentum and energy are solved for incompressible Newtonian fluids of any Prandtl number. The dimensionless equations are given on the TURBIT-pages of the DNS data base.
The geometry options are plane channels with 2 or 4 walls, and annuli of any ratio of radii with 2 or 4 walls. The vector of gravity may point in any, also tilted, direction. 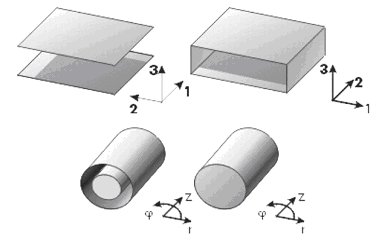 Numerics: For spatial discretisation a finite volume scheme is applied. Central differences are formulated on a staggered grid resulting in a second order convection scheme. Equidistant grid spacing is used in the directions along the walls (x1-x2-plane), non-equidistant spacing in the direction perpendicular to the walls. The pressure is calculated by a projection method, so that a Poisson equation has to be solved.

Physical models: For DNS no further physical models are required. For LES a subgrid scale model is available introducing a transport-equation for the subgrid scale kinetic energy. Some length scale extensions are implemented to allow for the simulation of buoyant convection with locally stably stratified fluid. By using the theory of isotropic turbulence and introducing information on the Kolmogorov and Batchelor spectra, the coefficients of the models are calculated. This makes the model widely self-adaptive from LES to DNS in going from coarse to fine grids, or from large to small Reynolds- and Peclet numbers.

Boundary conditions: The open boundaries are closed by periodic boundary conditions. The walls are impermeable. The no-slip condition is applied, and a movement or rotation of the walls in the x2-direction may be specified. In case of LES on coarse grids, wall functions may be applied, which allow also for modelling of rough walls with non-constant roughness in the x2-direction. The thermal wall conditions foresee x2-dependent heat fluxes, wall temperatures, or mixed modes, and in case of LES also Prandtl number dependent wall functions for smooth and rough walls (for 0 < Pr < 7).

Pre- and Postprocessing: Several tools are available to generate 3d initial data, e.g. by using some mean profile specifications superimposed by random numbers with specified fluctuation amplitudes and spectra, or to modify already existing simulation data to adapt them to a similar flow. Interpolation of integration results from coarser grids to finer ones is also an efficient manner of achieving new initial fields.

The postprocessing consists of many tools and interfaces to generate graphical information for cuts through the 3d data or to generate perspective isosurfaces of any quantity by means of additional software. The most important feature is the extensive analysing capability of statistical data of turbulence, up to the fourth order moments, two-point correlations and spectra, etc. and analyses of all terms of some transport equations for turbulence quantities, like for the kinetic energy, its dissipation, temperature variance, dissipation of temperature variance, and for the turbulent heat flux in the wall normal direction. Those analysing packages contain also possibilities to compare the DNS data directly to corresponding statistical models as they are used in CFD codes, e.g. in our code FLUTAN.

It was already intensively used for LES of forced convection in plane channels and annuli at different Reynolds numbers, for fluids with Prandtl numbers between 0.007 and 7, with rough and smooth walls. The main target of those simulations was verification of the code and to gain more insight into the turbulent heat transfer, into the features of eddy conductivities and their anisotropy, and into turbulent Prandtl numbers. In one example even a technical problem with strongly buoyancy influenced forced flow was successfully investigated by means of a LES on a coarse grid.

DNS for buoyant convection between horizontal fluid layers was possible since about 1979. Here, TURBIT is used to analyse the transport mechanisms in internally heated fluid layers and in Rayleigh-Bénard convection at various Prandtl numbers and to analyse the more sophisticated turbulent heat flux models basing on some transport equations, to gain the information to develop new models and to validate them. For some of the DNS results see the DNS data base.

Supplemental information: TURBIT was also the starting point for many PhD works outside FZK and outside Germany. Meanwhile, TURBIT was also used as a starting point to develop the DNS code TURBIT-VoF for the direct simulation of channel flows with interfaces, e.g. for flows in macro or micro channels containing bubbles.

The theoretical background of DNS and LES of turbulence in single-phase flows is presented in a lecture series at the University of Karlsruhe.

References to the method and the code:

References to some forced and mixed convection applications:

References to some applications for convection in internally heated fluid layers:

References to some applications for Rayleigh-Bénard convection in various fluids:

For further references on the TURBIT code and its applications consider the databank of FZK publications and search for the publications of the authors listed above.